The ICC should be on trial not Saif Gaddafi 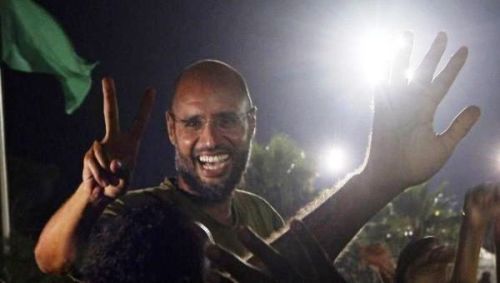 The International Criminal Court has demanded that Libya hand over former leader Muamar Gaddafi‘s son Saif after his release by an armed militia last week, but it is the Court, not Saif, which should be on trial.

One word tells you all you need to know about the ICC, and that’s ISIS: These terrorists have perpetuated the most appalling crimes in Libya, not least the ritual execution — filmed and uploaded onto its website — of Egyptian Coptic Christians on a beachfront two years ago. The result? No indictments from the ICC.

The ICC is a kangaroo court if ever there was one, and its pursuit of Saif smacks of politics. Consider that for years he pushed for reforms in Libya, and consider also that he commanded no military nor police units. Indeed he was not in a position to commit war crimes. And yet the Hague wants him for crimes against humanity.

As to the Saif prosecution, where is the evidence? Leaked emails show his role in trying to hold back the fighting in the 2011 revolution.

Sent: Sunday, February 27, 2011 10:10 AM “The moderates, led by Saif al-Islam Qaddafi favor aggressive police anti-riot tactics but are opposed the use of deadly force. Saif is also calling for negotiations with tribal leaders in the East, including members of the former royal family.”

Additionally, consider how the ICC treated Abdullah al Senussi, Gaddafi senior’s former intelligence chief, who was also charged by the ICC. However, the ICC agreed Libya could try him, and raised no objections when that “trial” degenerated into a free for all with militias guarding the courtroom and intimidating witnesses.

That Tripoli “trial” went from bad to farce when the militia group Zintan, who to be fair never mistreated Saif, refused to hand him over to Tripoli. So instead, Tripoli court officials arranged for a video link with Zintan so he could be “tried.” That video link broke down multiple times and in the end Saif and Zintan just refused to take part.

No matter; the Tripoli judges sentenced him to death, with no public evidence ever produced.

Detractors argue correctly that the ICC is “Africa-focused” and ignores Syrians, Iraqis, Sri Lankans, Israelis, British and Americans who are deemed “safe.”

After all, you don’t hear of the ICC considering bringing Tony Blair to justice!

Clearly, the ICC is broken. Outside legal interference by a moribund ICC is negative, and supporters of such a move are exhibiting exceedingly poor judgment.

This is not an academic matter because Saif Gaddafi, newly free and at an undisclosed location in Libya, has a part to play in ending the civil war.

The ICC pursuit of Saif is a travesty of justice. The only reason ICC judges make outrageous rulings is because it is in effect ruling against Africa; because against Africans, you can do anything without fear of a backlash. The Hague-based bogus ICC is a dishonourable court doing dishonourable things. What a tragedy for international criminal justice.

It has been said that the ICC is a political court; a political court that must be fought politically. The ICC has nothing to do with international criminal justice. It is a “kangaroo” court covertly receiving direct instructions from powerful Western neocolonial powers that jokingly don’t themselves accept the rulings of the ICC. 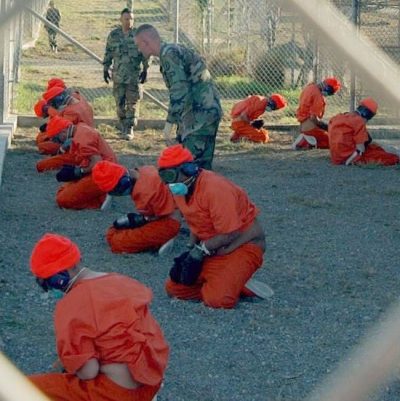 Several newspapers, including Reuters, reported on or about the 20th of February 2011, that Saif Gaddafi advocated holding back in fighting with rebels in Libya and of his hopes for a ceasefire.In a way, the ICC is Europe’s equivalent of Guantanamo Bay. A court – calling itself such in name only. Its judges, prosecutors et al, should resign instead of shamelessly drawing huge salaries and engaging in outrageous, procedural, racist, illegal, unnecessary and meaningless activities, which are politically motivated.

Saif may well help unify Libya and bring peace to the war-riven country. He should be free of meddling by the Hague and Western powers to do so if he so chooses.

The US is not a party to the Rome Statute. Therefore the ICC cannot conduct investigative activities in the United States of America nor have any real jurisdiction over its citizens except under extraordinary circumstances which to date has never occurred.

The seven countries that voted against the treaty were China, Iraq, Israel, Libya, Qatar, the United States and Yemen. Following 60 ratifications, the Rome Statute entered into force on 1st July 2002 (their 15th Anniversary is coming soon) when the International Criminal Court was formally established. The UK’s position as regards the ICC is selective and ambiguous.

So in conclusion in the name of justice, the ICC must be reformed and restructured, because it is there where the core problem lies.