Deborah Jones, the shameful US Ambassador to Libya, spoke at the Stimson Center in Washington DC.

Her prowess for mis-statements and lies is unmatched except by Hillary Clinton and Barack Obama’.

She states the Libyan people never had a government before the so called “revolution” and that they are not capable of having a large government only of having small pieces of governments.

She also states that the Libyan people do not want a great leader it is not in their culture.

VIDEO of Deborah Jones statement on Libya at this link:

The Great Tribes of Libya have responded
and their response is below: 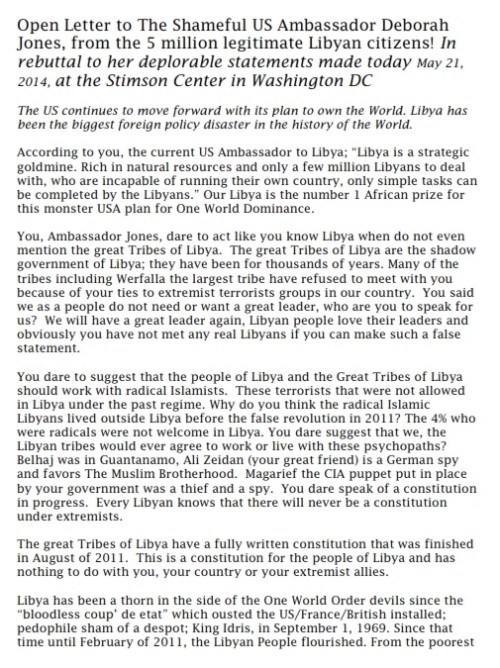 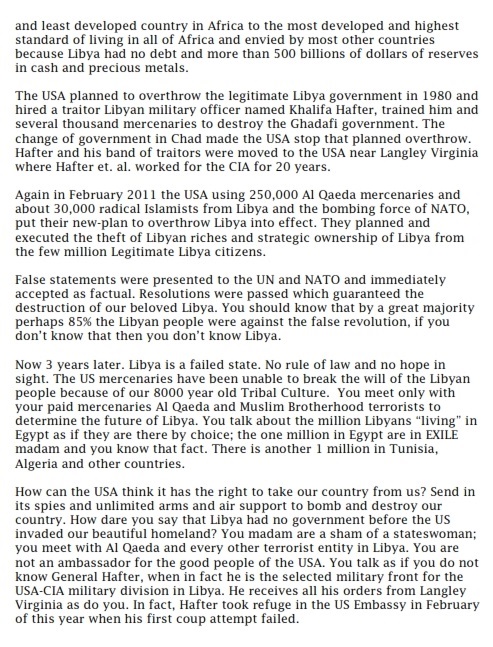