Lavrov: Time to decide if we want UN focused & effective or on the sidelines

The UN would be effective in settling international disputes, if some member-states didn’t try to use it for dominating world affairs, Russian Foreign Minister believes, adding that such efforts led to bombings in Serbia, war in Iraq and chaos in Libya. 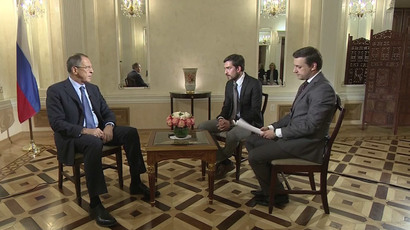 Sergey Lavrov has called for the UN, about to celebrate its 70th anniversary, to be an independent and effective leader in global decision-making, despite attempts by some of its members to usurp the organization’s functions.

“It’s time to answer the question: do we really want the see the UN an effective and influential instrument of preserving peace and security or are we ready to allow it turn into the arena of propagandist struggle…