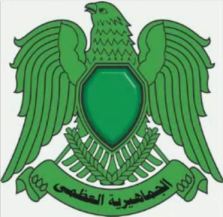 Dr. Hamza Tuhami confirms arrest of his wife. He appealed to the NTC-barbarians: “Even if you have in your hands my dear wife, you’ll never make me silenced! I’ll be resisisting! I condemn your cruelty! “.

Tripoli – Rats attacked the hospital in Hadaba Al-Haddra.
Rats attacked the hospital in Hadaba Al-Haddra in Tripoli and staged armed assaults, beatings, and cursing and firing the staff and doctors at the emergency room and seized a guard battalion of Tripoli rats, Mohammed Al-Gemoda and ambulance driver. Now the hospital staff, doctors and nurses refuse to work until they return “armed groups” of the Ministry of Internal Affairs to provide the necessary protection.

Rats, organized a Conference of black tribes in an attempt to split their unity…but it is too late, foolish morons. 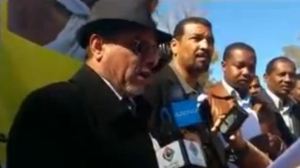 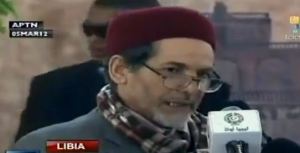 NATO plans to set up a Federation of Brega and create it by force or to judicial review in the United Nations. 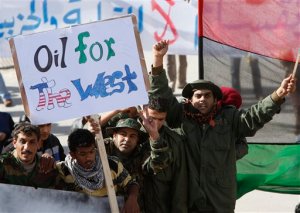 Their persistence is understandable: Marsa El-Brega is one of the most important points of Libyan oil infrastructure, it concentrated processing — loading of oil, a gas liquefaction plant.

This city is one of the main “keys” from Libyan oil, and is located on the coast of the Gulf of Cider, on the Mediterranean Sea.

Removal of the delegation of leaders from the town of Bani Walid from Benghazi on March 6, 2012

Benghazi: a delegation of Bani Walid, who was officially invited by Libyan tribes from the east to Benghazi, was removed.

This delegation was in Benghazi in the last few days and the last two days there was a meetings with tribes as Elawakir and Oubeidat about the current situation and the federation and who stressed national unity and against any partition of Libya.

Currently, they are held at the headquarters of Preventive Security in Benghazi.
Negotiations are underway for their release in the coming hours. 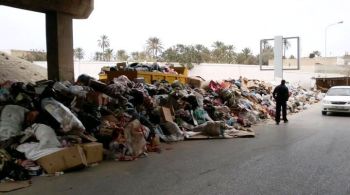 A battalion of army intelligence army Jamahiriya visited the city of Arad, near Tripoli and declared that the city is dirty, smelly, full of garbage, so beloved of rats. 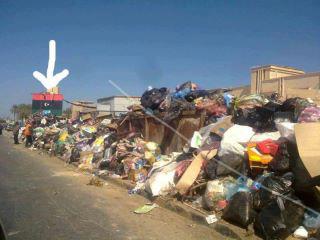 The once rich and prosperous city of Tripoli’s landfill … around the mountain of garbage that nobody cleans, every day trash increasing

Misrata: rats are fighting and imprisoning one each other: God is great.

2 gangs, the Misrata Legion and Saraya Al-Suahala Legion, from Misurata, destroyed the headquarters of one of the gangs,  looting and stealing computer and equipments, while vehicles were destroyed, burned down several houses in the area and about 300 rats are locked in prisons from each other.

Abduction and disappearance of a young man, Mansour Abdullah Mansour (38 years) from Sirte.

British journalists arrested by rats because of espionage are still in captivity in Tripoli. 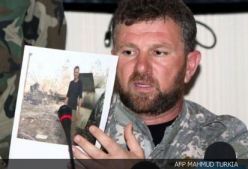 It is already from the end of February that Press TV’s correspondent, Nick Jones, and his cameraman, Gareth Johnson, were detained along with several locals in the Libyan capital Tripoli by the Saraya Swehli militia.

British journalists, working for the Iranian Network PressTV, have been accused by the rats of Misrata of espionage.

They found videotapes of Israeli weapons production, military equipment and other items used by the Israeli army. Where, why and who has done so easily find these fake-documents to those stupid rats, we can imagine.

Were also seized lists of Libyan fighters who had been killed at the end of last year, and the names of the soldiers who fought in the ranks of troops loyal to Colonel Muammar Gaddafi. British Embassy was unsuccessful in calling for the release of journalistss by the Libyan rats-authorities
http://arabic.rt.com/news_all_news/news/580024/

Southern Libya – heavy fighting with rats are continuing in many areas.

Rats understood that the border with Tunisia is under control of the Resistance Army, and to came near the border area is very dangerous for them, so they had to stop the smuggling of weapons.

Brega – Some gangs of rats in the area wants to become a federation and threaten secession.

Tripoli: a Women’s group of the Green army, attacked the rat in the El Hadaba area.

NTC-Mercenaries have fallen into a Green Resistance fighters ambush near Atlat: rat Commander was wounded, several of his bodyguards were killed.

Al-Kufra Camp: despite the truce in the region has increased tension.

Sirt: Fighters from the green cells ‘Thayer Sirt’ carried out a new operation, blown up in Sadada a rat convoy. Three vehicles destroyed, eliminated 10 Nato-mercenaries who accompanied the rebel commander of Qatar’s origin.

Divots: the fighters of the Red Army (a small section of the Green Army) continue to catch the traitors of the Libyan people. On Friday afternoon, they neutralized a major rat-Commander, the President of the NTC-Security-Committee (Colonel Mohamed Al-Hassi) in the city of Turf.
This is the fate of all traitors.

Bani Walid: Tripoli rebels massively arrested young Libyans from Bani Walid. They stop any cars registered in Bani Walid and they arrest all the young man. The rats are in fear of the tribe of Verfali.

Children of Bani Walid are brought up in a spirit of patriotism.

Benghazi: Discovered new mass grave of people massacred by NTC. In it, all the dead bodies (157) were abducted by militants of NTC and missing. 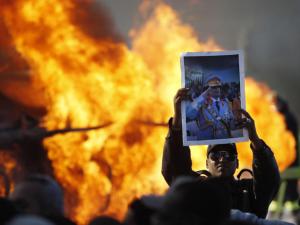 A powerful explosion occurred in the rat military camp of battalion 17 February. The resistance fighters do not forgive traitors and persecuted them until the end

Misrata: Canadian explosives expert, who has worked with the rat-Ministry of the Interior, was killed by a bomb he was trying to defuse. God is great.

“Green” carried out an operation in the El Hadaba, attacking rebels on PPC.

Published Translated and Reloaded by LibyanFreePressNetwork

Any re-publication is appreciated, as long as, please, you always report all the original links, to allow everyone a better research and spread of free information. Thanks.

Posted on March 7, 2012 by libyanfreepress 3 Comments